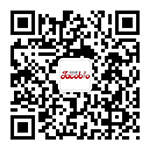 JAB-BX102 is a humanized anti-CD73 monoclonal antibody (mAb)developed by Jacobio to inhibit the enzymatic activity of CD73. CD73 is the key node of adenosine pathway, and its inhibitors have broad therapeutic prospects for tumors dependent on adenosine pathway. Relevant studies have shown that adenosine promotes SHP2 phosphorylation, suggesting that anti-CD73 antibody can be combined with SHP2 inhibitor, which is also developed by Jacobio to benefit patients with advanced solid tumors.

Jacobio has received IND (Investigational New Drug) approval of anti-CD73 mAb JAB-BX102 from the Food and Drug Administration (FDA) of the United States on Oct 15 2021, Jacobio plans to initiate a Phase I/IIa clinical trial in patients with solid tumors.

JAB-BX102 specifically binds to CD73 and blocks its extracellular 5'-nucleotidase activity. By reducing the production of adenosine, JAB-BX102 can relieve the inhibitory effect of adenosine on the proliferation and tumor-killing activity of CD8+ T cells, and weaken the stimulation of adenosine on immunosuppressive cells, so as to modulate the tumor microenvironment and enhance the anti-tumor immune response. Tumor immunotherapy represented by PD-(L)1 antibody can effectively and persistently inhibit tumor growth with less adverse effects. However, the response rate of PD-(L)1 antibody is limited, and the activation of adenosine pathway may be one of the important reasons of resistance. Therefore, inhibiting the activity of CD73 may be an effective combination strategy to improve the efficacy of PD-(L)1 antibody.